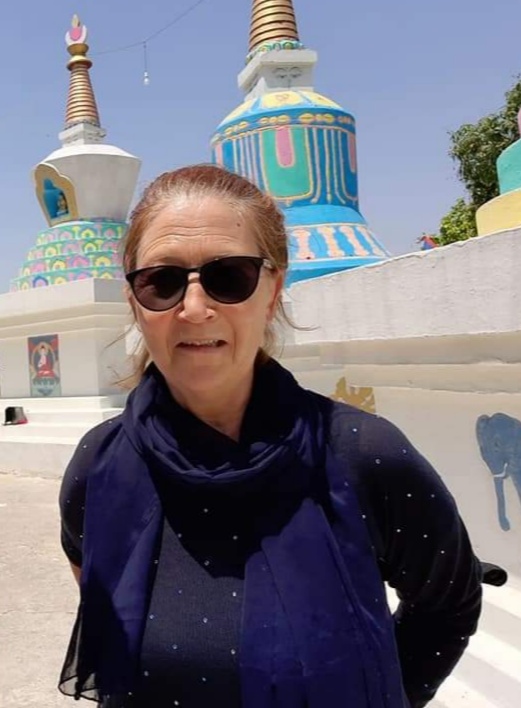 Saturday, April 1, 2021/Kathmandu-
It’s her 24th visit to Nepal. Since 22 years she has been continuously coming to Nepal like a migratory bird. And her love for Nepal has been increasing with every new visit she makes each year. But during her first visit to Nepal back in 1999, Nepal was not so interesting. The 65 year old traveller, narrates her experience with great fondness. Now the question arrives as why she chose Nepal!
She had two options of countries to visit; Nepal or Peru. Both are mountainous countries, one in South Asia and another in South America. So one thing common about them was the green mountains. She did a thorough study about both the countries and finalized Nepal for her travel destination. She wanted to visit a country which is not so much crowded and somewhere outside Europe. However, there were 3 main reasons for her Nepal Visit 1999. The first, there was uncertainty about the year 2000, as many predictions about calamities were being made. The second was that of 9/9/99. It was the year of her birthday with all 9 digits together. The third was that her son had just finished his high school. Her grandfather had a great passion for mountaineering. He had been a part of the second world war and died young at the age of 47. Though she didn’t have the opportunity to see him, her mother told her many affectionate storiess about him.

(Her grandfather climbing the German Alps)
However, her mother never had interest in mountaineering or trekking. And also his son is not much interested. But her two grandchildren are very much fond of adventure. They have shown this keen interest right from their tender age. Through their grandma, they know many things about Nepal. Instead of lullaby at bedtime, they love to listen to different interesting things about Nepal. The living goddess Kumari and elephants are their favourite topics. 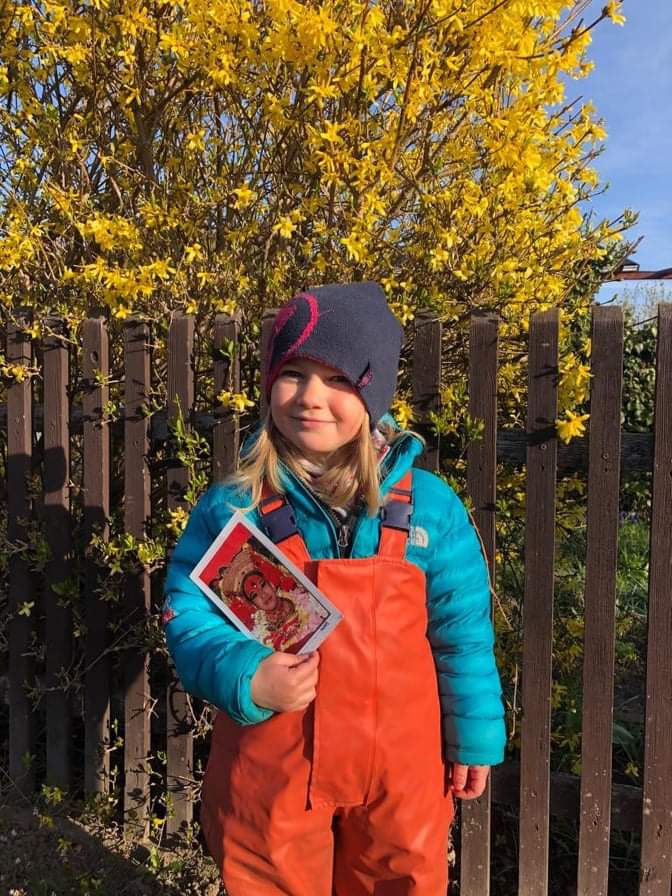 First visit to Nepal
Her first visit to Nepal was not very much memorable or colorful. She longed to go back and had never expected her first journey would be so boring. It was a group of 16-member, all Germans. All her expectations were blown away, making her sad every passing moment.
“Was this all that I was excited about!” she questioned herself with the feeling of being ditched.
She still remembers the first room number of her stay at a hotel in Kathmandu. It was ‘108’. She didn’t know that time that it was actually symbolic for her. But gradually as days passed she now thinks it was a lucky and a holy number. The meditation beads or prayer beads are 108 in total. They had been to Kalinchok for the first trekking. The place was not much developed with proper physical infrastructure. There was not a single hotel to stay. They had to stay in tents under the open sky. She didn’t feel safe.
“I pay so much and cry each day?” she asked herself.
She had hardship in walking over the mountains. But she was not the last. She was second-last! There was a lady who was slower than her. So she was given a porter so that she was safe behind. And she married the guy!
Each day she longed to go back to her country. Once back, one day she sat down to have a look into the photographs of her visit to Nepal. And surprisingly she felt nice.
“It was nice!” suddenly she thought to herself in her house.

Second visit
So she gave herself another chance to fly again to Nepal. The second group was a smaller one, consisting only of five people. It was ‘great’ from the earlier ‘bad’. After three weeks all others went but she extended her stay. Her parents were worried about her first visit. But later as she continued her journey to Nepal, they began to feel proud about it. They even supported her along with her son in the social activities she has been conducting in Nepal.

Her Nepali brother
She has a Nepali brother and they do the ‘bhaitika’ each year. Sometimes in Germany and sometimes in Nepal. She met Dr. Dharma Bhusal while in a flight returning back to Germany. He was sitting besides her in the plane. After a brief conversation she learnt that he had some business in Germany. He was very glad to learn about her love and affection for Nepal. Then they met many times and one day at Bhusal’s place in Kathmandu, when they were performing the ‘bhaitika,’ he asked if she would like to become his sister.
“Why not!” she quickly responded. Then she joined the ceremony along with his sisters and till the date they have been celebrating it each year. She has become a part of the Bhusal family now. 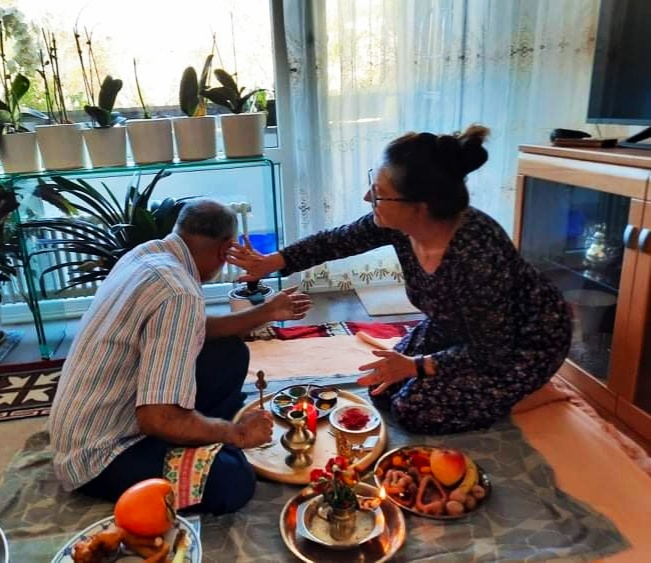 Lockdown memories
During the first lockdown levied in Nepal, she was in Pokhara. It was the end of March and she was enjoying her stay near the lakeside. One morning she got call from the German embassy to quickly return back Kathmandu. They returned back via plane without even having a breakfast. She had to return back to Germany in a hurry.

Social work
After a certain period in her home town, she begins her packing for Nepal. She gets the inner feeling that Nepal is waiting for her. And everybody will ask, ‘When are going Nepal!’. Each time she comes Nepal, she visits the Thapathali maternity hospital in Kathmandu. It’s a government hospital and generally economically backward people visit it. She donates the financially weak mothers of the newly born infants with certain amount of money. After the deadly earthquake she came to Nepal and visited some most affected places of Sindhupalchok and Kavre and supported the victims financially. However, she never goes through any organisation, but personally she approaches all the needy. She talks to her community people and friends about Nepal in Lubbenau, Spreewald-her hometown. She even organises charity events for the same. They help her in all the causes she has been supporting. The mayor of their city is very happy about it and the local media gives her stories top priorities for coverage.
“I am a Nepali ambassador in my town,” she reveals with a smile.
“Nepal is my second home!” she says. 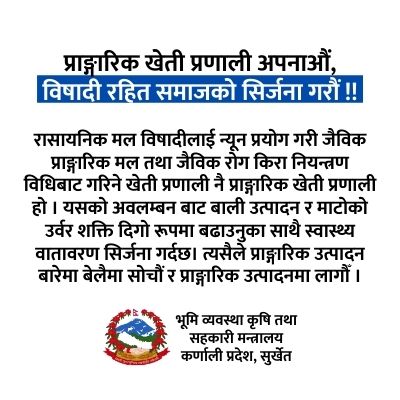 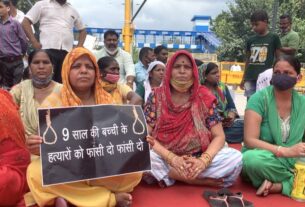 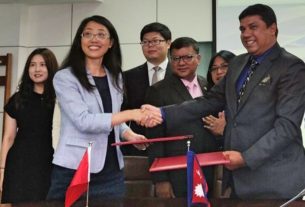 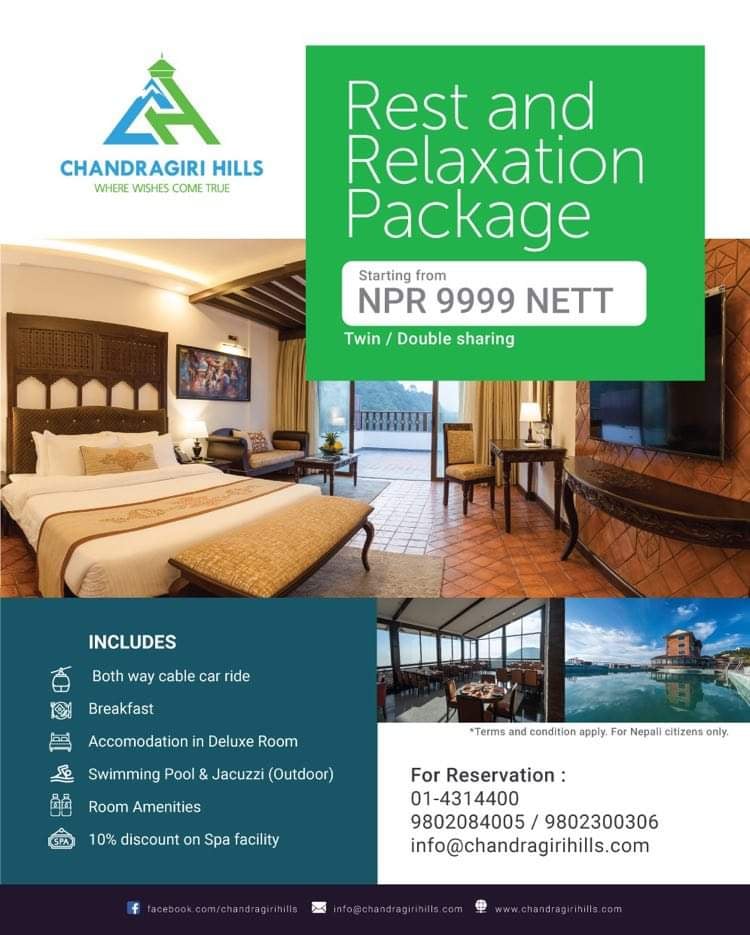 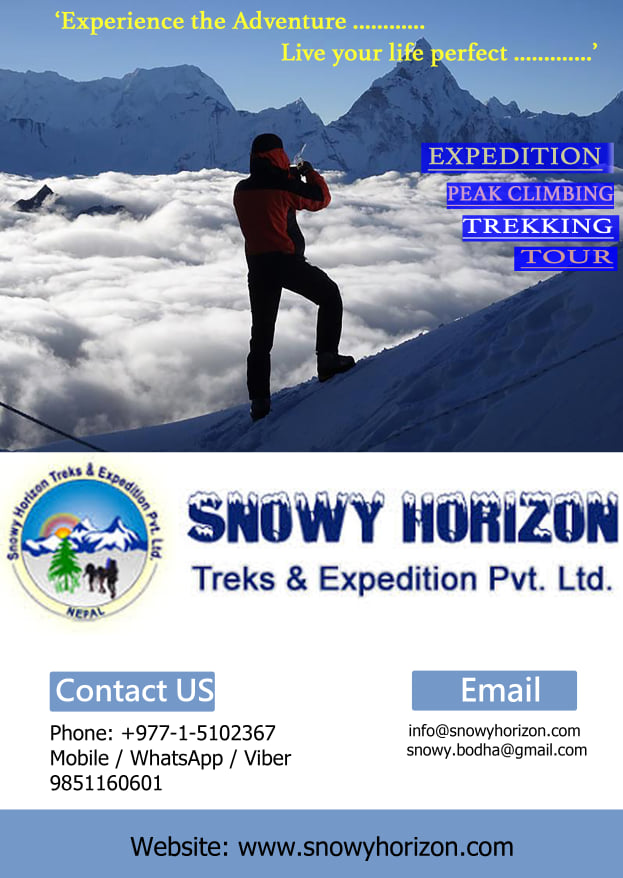 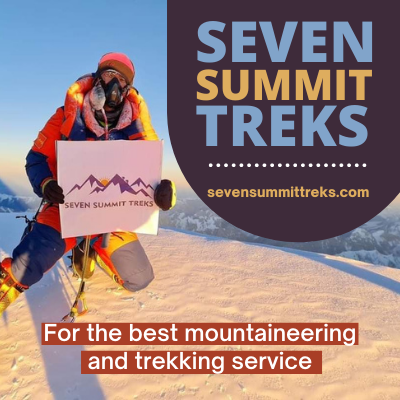 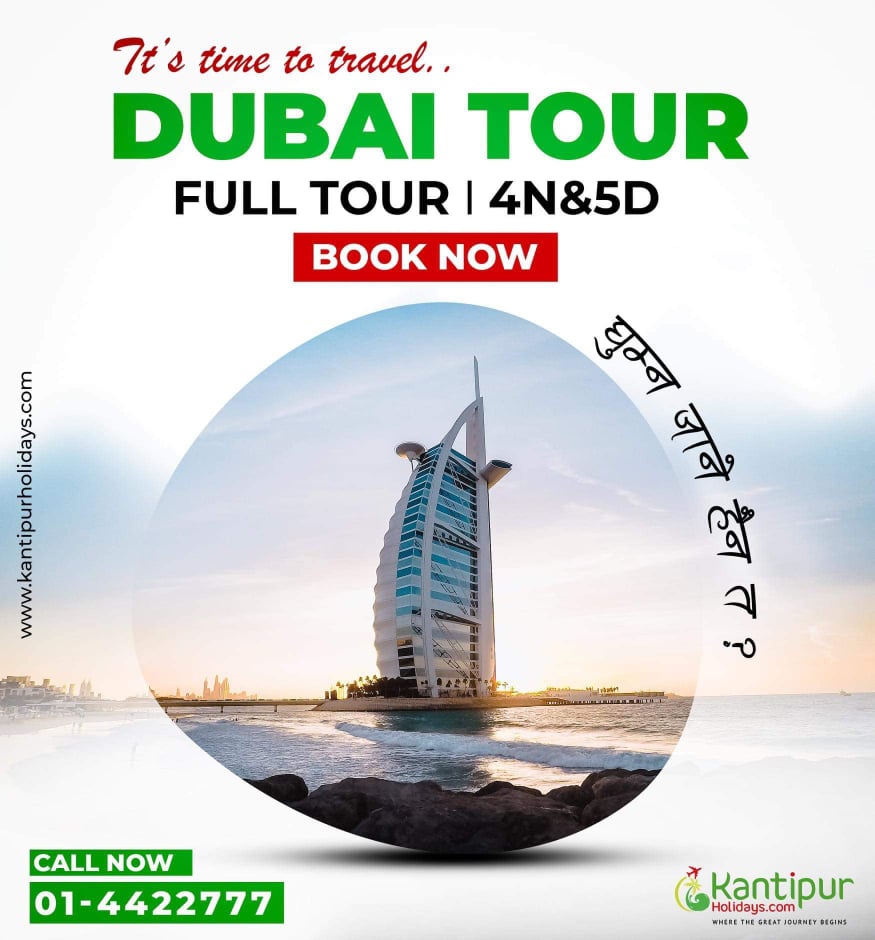 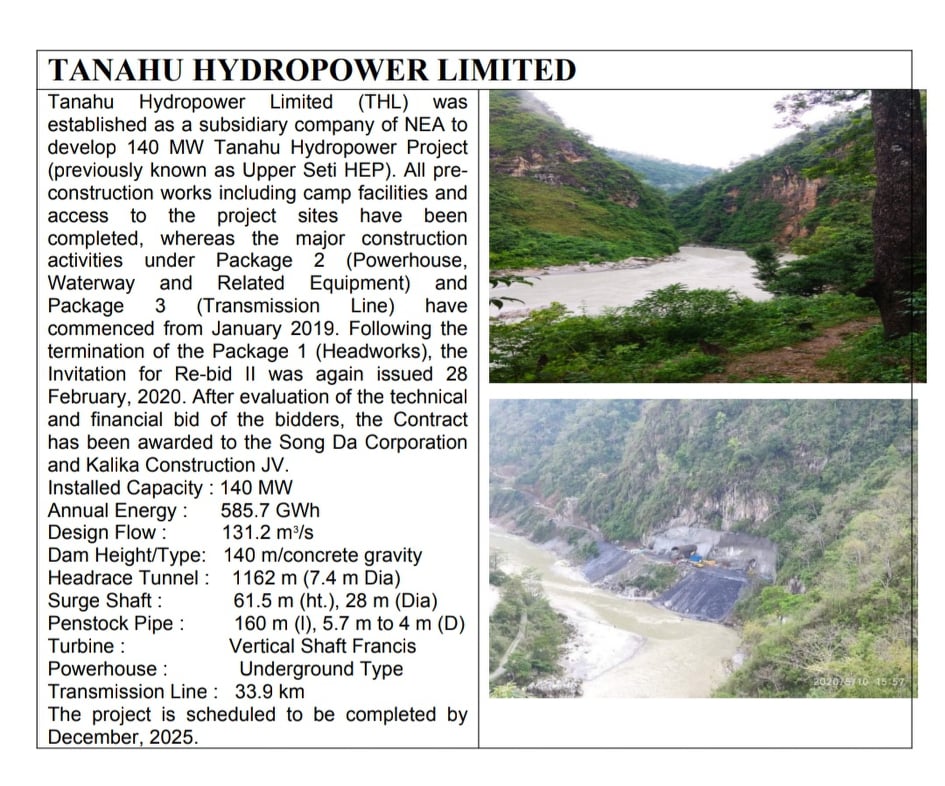 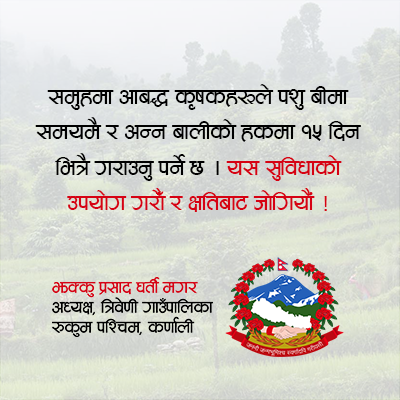